Small business has shot to the top of the ATO’s hit list because it emerged from COVID-19 responsible for the biggest tax gap and almost two-thirds of the $37 billion tax debt, a commissioner says. 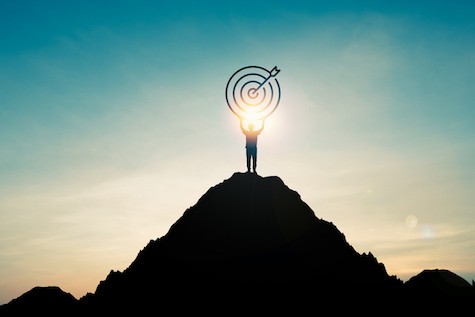 Some small businesses were deliberately dodging tax in the shadow economy, Second Commissioner Jeremy Hirschhorn said, and the sector’s compliance had become a key focus for the ATO with digitisation — and tax agents — in the front line.

But Mr Hirschhorn, addressing the Tax Institute’s Tax Summit in Sydney yesterday, said despite the ATO’s focus on the sector he was pessimistic about turning it around in the short term.

“I want to call out small business – this is the biggest gap. We estimate it is responsible for over $12 billion of the overall $33 billion tax gap,” he said.

“And given the real challenges faced by this sector over the past few years, and the deferral of some of our compliance work during COVID, I would not be surprised to see performance in this market stagnate or perhaps deteriorate slightly over the next couple of years.”

He acknowledged most small business owners “try to do the right thing — and most actually do”. Also because many lacked sufficient capability, “mistakes can happen”.

But not all small businesses were acting in good faith.

“We also know that a small minority of small businesses deliberately try to stay out of the system in whole or part and participate in the shadow economy,” he said.

“When we explore these, often, we see it's driven by potential employees seeking cash wages and then the business being sucked into the cash and off-the-books transactions.”

He said unpaid primary tax liabilities — usually self-reported — was an even bigger problem with the total taxes outstanding blowing out from $39 billion at the start of 2019 to about $60 billion last January.

“Of this, more than $37 billion is defined as collectable, which means either not disputed and not insolvent.”

“Of that, $24 billion relates to small business.

“In addition, 86 per cent of the outstanding superannuation guarantee debt relates to small business employers.

“About 85 per cent of that debt is actually the primary tax. So it's very significant.”

Improving small business tax performance was number one on a seven-point focus list for the ATO, Mr Hirschhorn said, and he called upon tax professionals to help small businesses with significant debt to engage with the system and deal with the problem.

Technology was another key to resolving the issue.

“Our key strategy in small business is around the digitalisation of the tax experience for small business … we know that digitally engaged small businesses perform better, particularly where they have good advisers.

“There's a huge opportunity for us to work with key players to build an ecosystem where agents can integrate with natural systems of business.”

He envisaged a future in which tax returns or BAS came directly from the accounting software to the ATO.

“The clients and advisers might identify mistakes or simply understand where they may attract our attention, prior to the data feed being submitted.

“One interim step on this journey is that we'll be looking to prefill the BAS for Pay As You Go Withholding amounts which have been reported under STP.”

“Super guarantee is another area where digitalisation will play a big role. In the long term, the delay between the event of paying salary to somebody and the payment of super, as well as the complicated rules and working out which amounts are subject to SG and which ones are not … are clearly longer term opportunities to move the system to make it easier to digitalise.”

He said e-invoicing was a critical micro-economic reform to make the billing process more efficient, particularly for small businesses, and protect them from scams.

But e-invoicing data would not be taken on board by the ATO.

“Rather we think the natural system is the accounting software. And so unlike many other countries, we will not be taking this data on board."