GST collection on overseas goods at 300% of forecasts

GST collection for low value imported goods is tracking at 300 per cent of forecasts, as overall GST collection continues to grow. 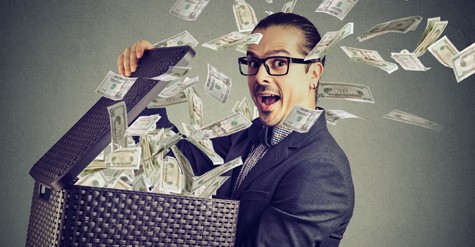 Since new laws kicked in on 1 July last year, GST will apply to sales of low-value, imported goods valued at $1,000 or less, to consumers in Australia, in a bid to ensure that such imported goods receive the same treatment as goods purchased domestically.

“The digital services measure has already achieved $272 million GST in the first year or 180 per cent ahead of forecast. We’ve collected $81 million from the low value imported goods measure in the first three months of operation, already above our full year revenue estimate of $70 million. We’re tracking at over 300 per cent of forecast,” said Mr Dyce.

“There was a lot of discussion prior to their introduction about whether these kinds of measures could possibly work, and in many ways it is the most significant change in the way we have collected GST since its inception almost exactly 20 years ago.

“Not only have we had high levels of registration for these measures and well above forecast revenue, we’ve even had feedback from some online sellers that the registration has improved their business processes and given them greater insight into their sales performance.”

The measure, first announced in the 2016–17 federal budget, was expected to raise $300 million over three years.